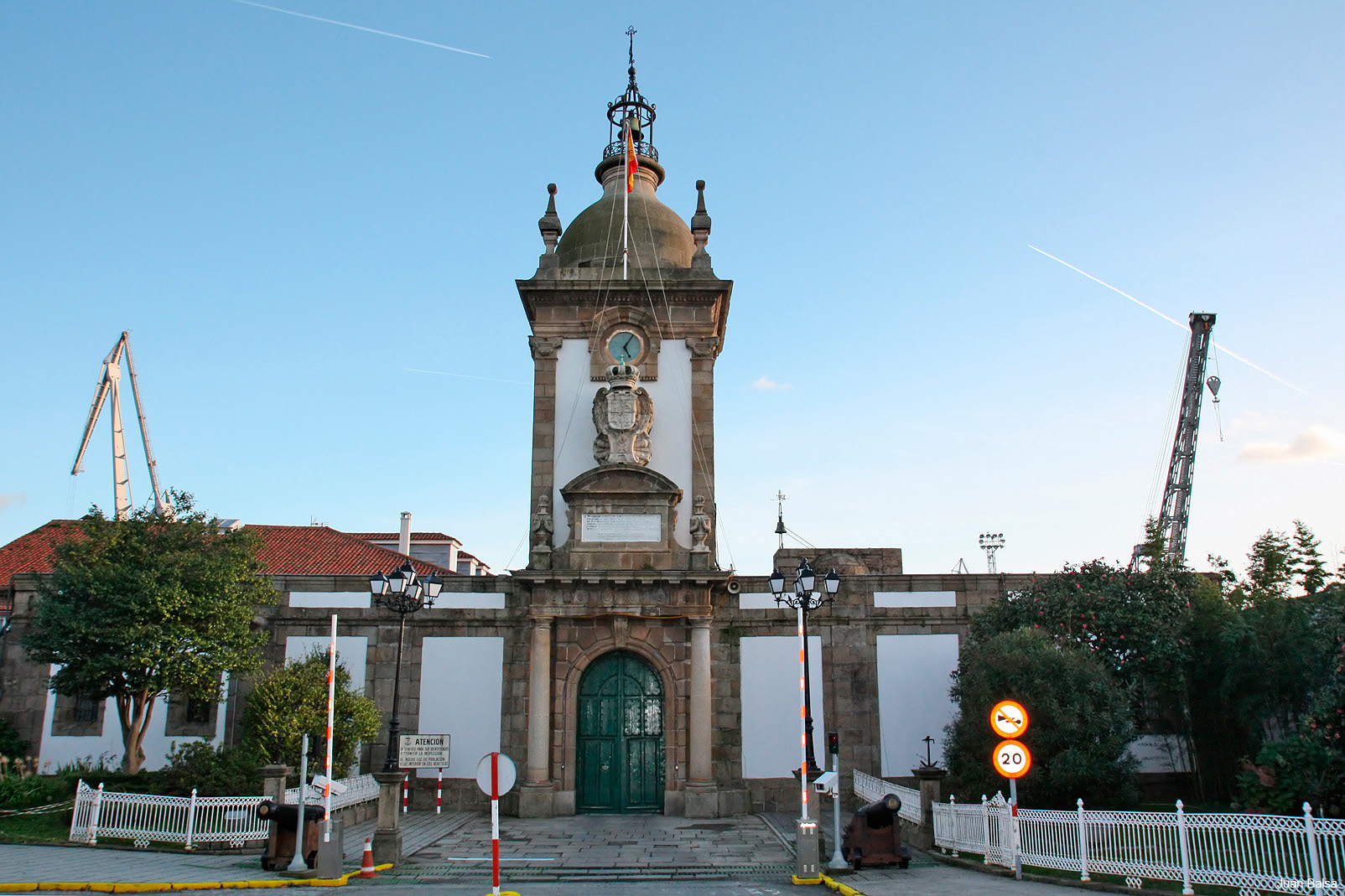 It was built in the 18tht Century under the direction of a diverse group of architects and military engineers. This endeavor is known as one of the most difficult ones carried out during the Enlightenment and it forever linked the future of the city with the ups and downs of the shipbuilding and the hard decisions of the State.

Due to the duality of its military and industrial functions, the Arsenal is divided into two: the Park Arsenal in the western part and the Arsenal of Dikes –  both endowed with their own monumental gates. Inside, it is worth noting: the Weapons Room – bordered in its north part by the Instruction Barracks; the Dike of the Bell (19th Century) which was the biggest dike of the world at the time. The Herrerías building holds the Shipbuilding Museum and the Naval Museum, along with the library of Cantabric Maritime Zone, which is located in the former San Carpio prison building.

The Arsenal complex has been declared an Asset of Cultural Interest.

Note: access to Arsenal is allowed for guided groups by collective transport and upon previous request.
Information about guided visits in Fertur Guías: 696 531 070