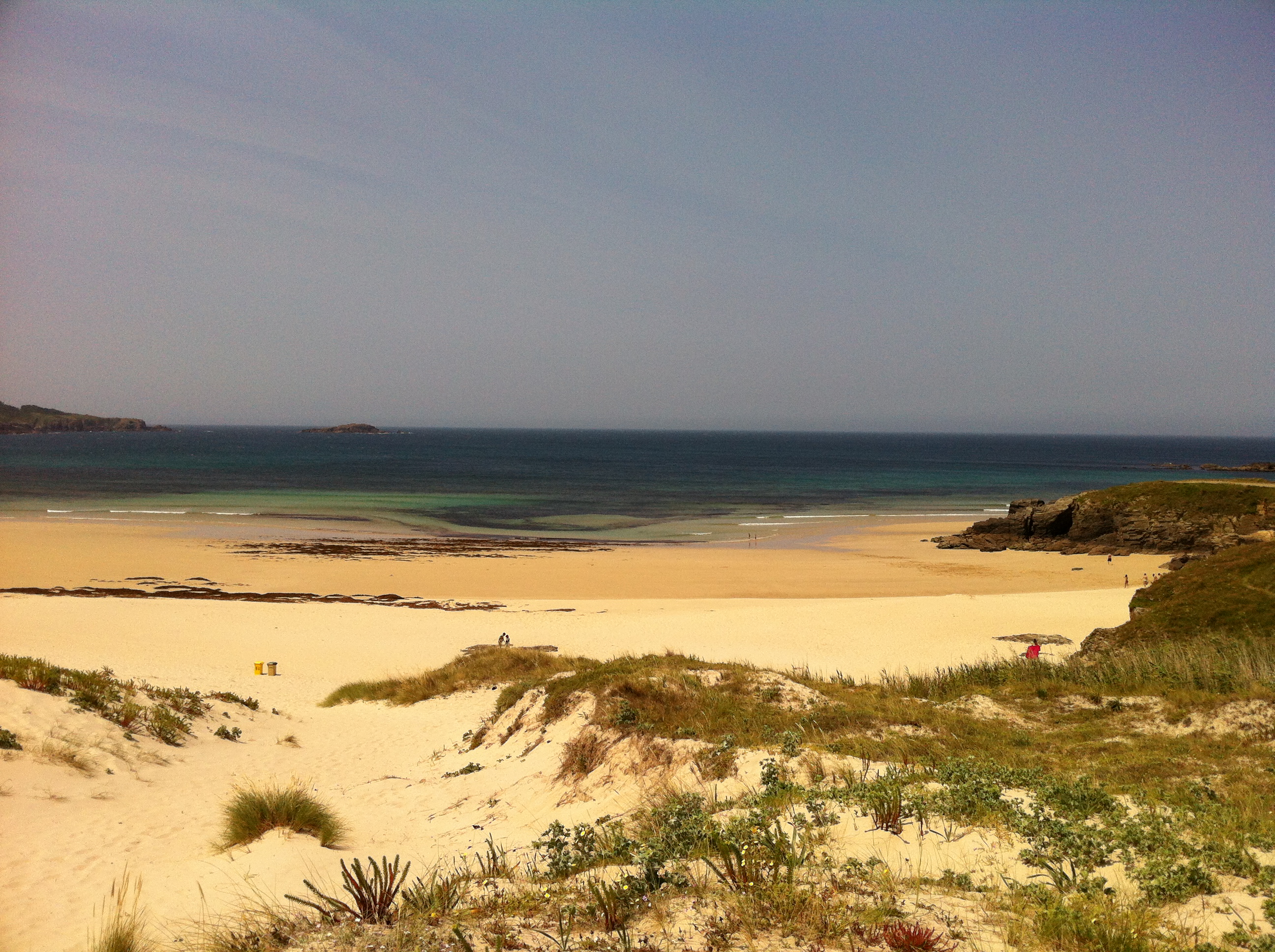 How to get there from Ferrol:

It has an extension of 1900 m., a dune zone and a lagoon. It is a semi-urban beach with a promenade and a small recreation area for children. It is a rectilinear beach, of golden sands and awarded with Blue Flag.

Windy and with strong waves, it is widely appreciated by surf lovers. It is located in a rural environment. Its dunes and lagoon make it a place of natural interest.

In its northern limit, Punta do Castro, are the remains of the pre-Roman fortress of Lobadiz. It also has some remains of a battery of coast artillery from the eighteenth century, which was part of a larger defensive set.

The beach is provided with two accesses: Outeiro, in the northern zone (zone with ample parking) and Punta Penencia to the south, a less crowded zone.