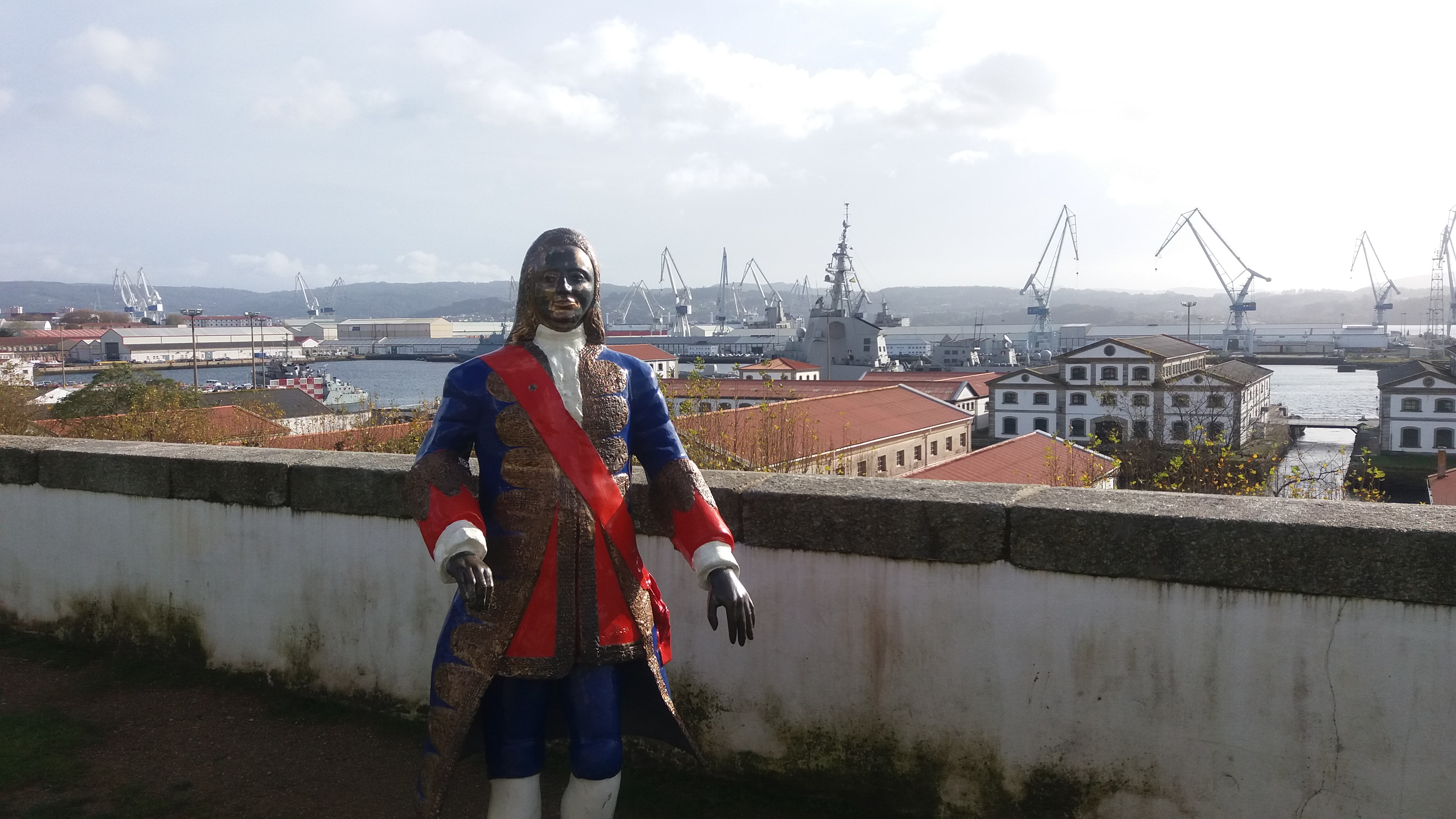 STATUE OF THE MARQUIS OF THE COVE 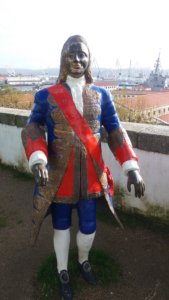 Zenón de Somodevilla y Bengoechea, Marques de la Ensenada (1707-1781), was a Spanish statesman and politician of the Enlightenment. He held the positions of Secretary of the Treasury, War and Navy and the Indies, among others. Notary of the kingdoms of Spain and Knight of the Toisón de Oro and of the Order of Malta. He was Councilor of State during the reigns of Felipe V, Fernando VI and Carlos III.

Thanks to his impulse, the three great Spanish arsenals of Ferrol, Cartagena and La Carraca are built.

This polychrome statue is the work of César Lombera, the well-known sculptor of ” Las Marías” in Santiago de Compostela and the sculpture of Valle Inclán in Pontevedra.